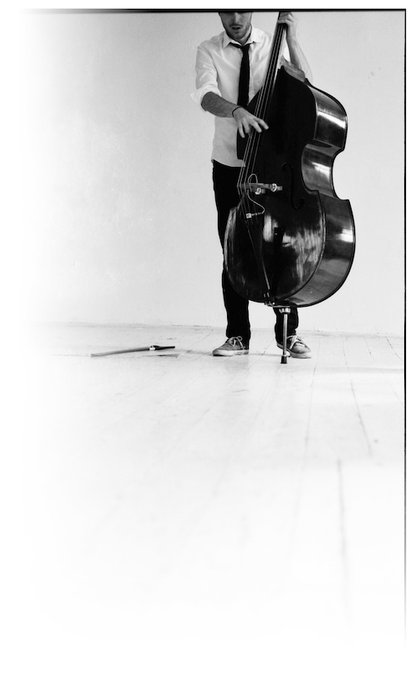 Florian Herzog, (1989) bassist and composer, is a pioneer of the German and international jazz and avant-garde scenes.

After living and working in the Netherlands, Cologne and finally New York, he now writes for projects that are avant-garde jazz, pop or electronic, but also always all of the above. His bass playing has been described by the press as "emancipated, spirited and sensitive."

His collective bands such as Just Another Foundry, Turn, and Trillmann have won multiple awards and released eight albums together. As a leader, Herzog's projects such as Moon Tree and his soon-to-be-released solo album are peppered with international collaborations. He has worked with established greats like Theo Bleckmann, Jim Black and Nils Wogram but also with the new generation and musicians like Anna Webber, Elias Stemeseder and Nick Dunston.

He is also active as a sideman in Germany and the U.S. and has curated the "Monday Meetings" series at Loft Cologne for over four years.